This morning a few of us were on the roof, looking toward the Sea of Galilee for the sunrise, and learning to blow a shofar. 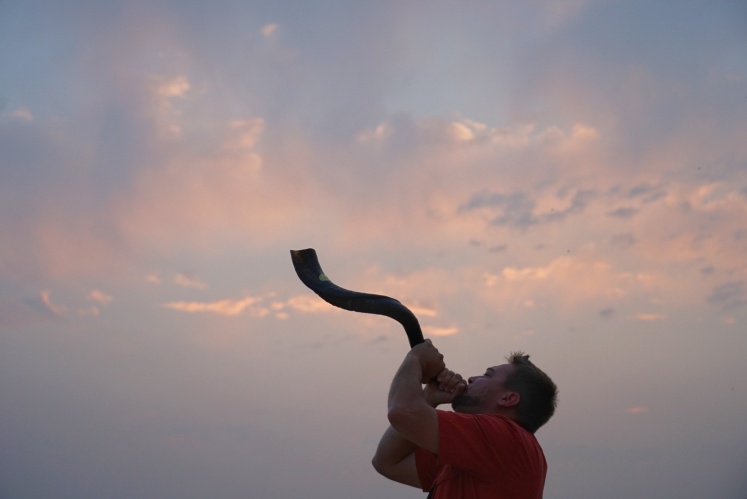 After breakfast we had devotions by the Sea of Galilee. Then we were back on the 90 traveling south. 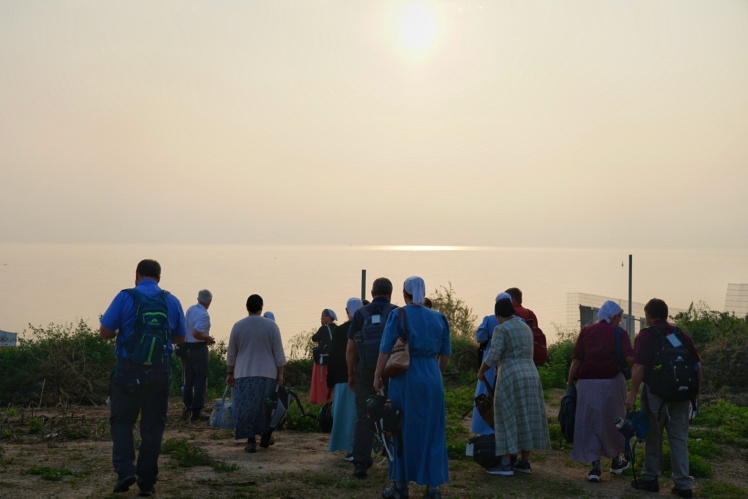 We stopped at Bet She’an. This is the city where the Philistines hung the bodies of Saul and Jonathan after the battle of Gilboa. The mountain range of Gilboa was visible across the valley of Harod. 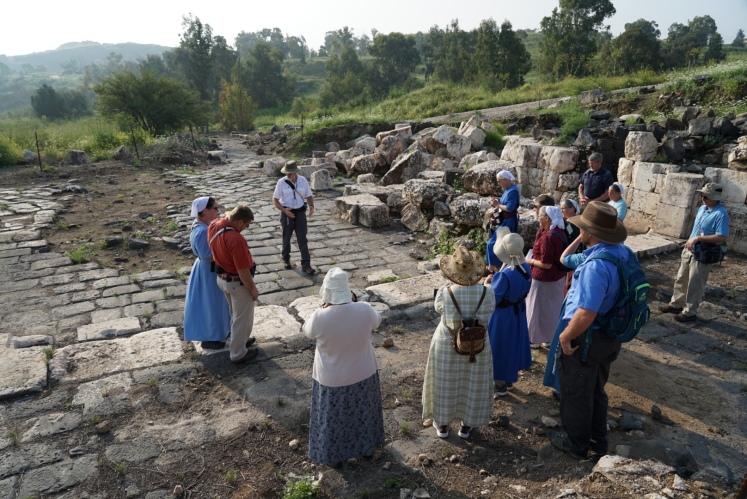 Then Joe set us up for a scolding. He led us to the edge of a cliff. There, before us, was the excavated Greek city of Scythopilis. Our automatic response was, “wow!” The straight streets, lined with shops, the theater, and the temple, must have been very impressive. Joe gave us a talk on how Alexander the Great systematically changed the world by bringing Hellenistic religion, entertainment, education, and sports to the people. Today, those same methods are still used to promote a humanistic, atheistic worldview. Are we impressed and influenced by that worldview, or can we make an impact on it? 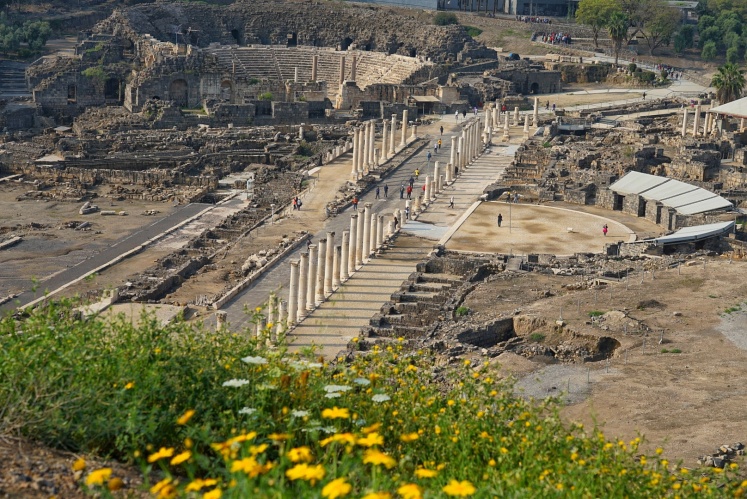 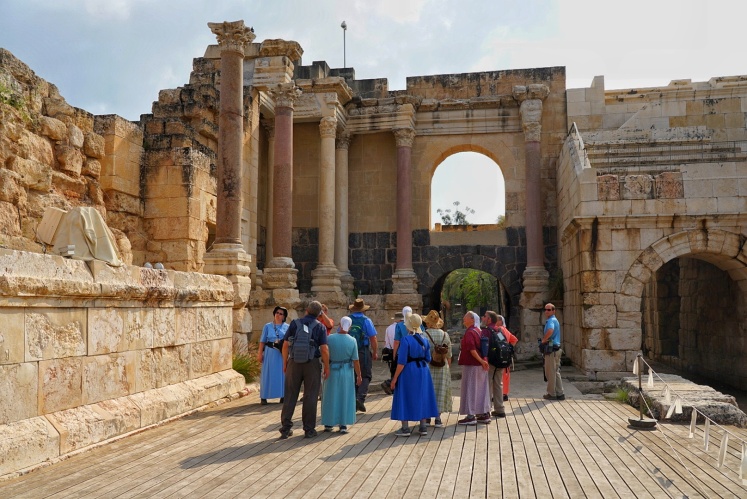 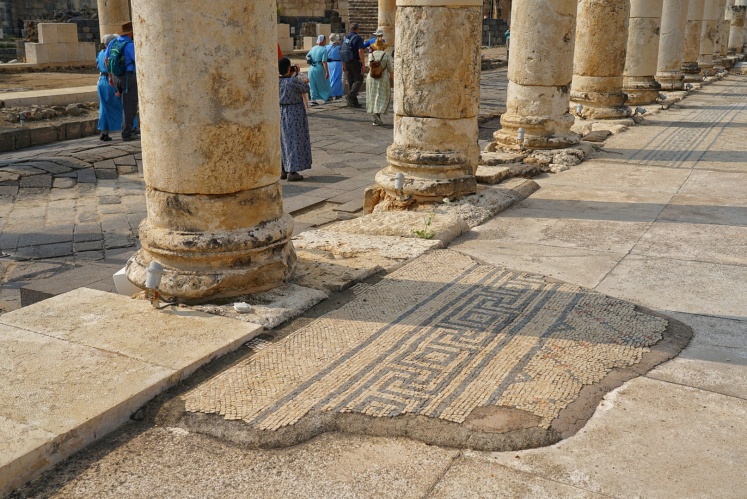 We passed the site where it is supposed the Israelites crossed the Jordan, Elijah was taken to heaven in a chariot of fire, and John baptized Jesus.

We stopped at Wadi Qelt, and saw what “green pastures” in the Judean wilderness look like. Rugged, almost bare, mountains, but there are little tufts of grass, crisscrossed with narrow grazing paths.

We could see Jerusalem in the distance, and Jericho in the opposite direction. Winding through the valley far below was the Jericho Road. Most of the million Passover attendees would travel that tiny path to Jerusalem. 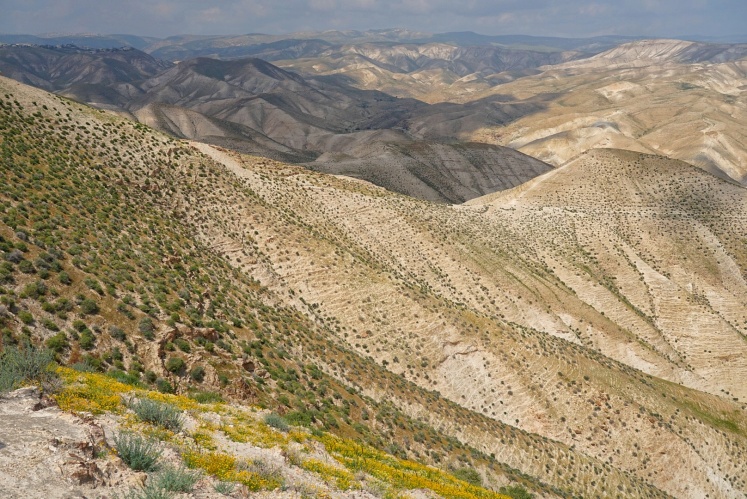 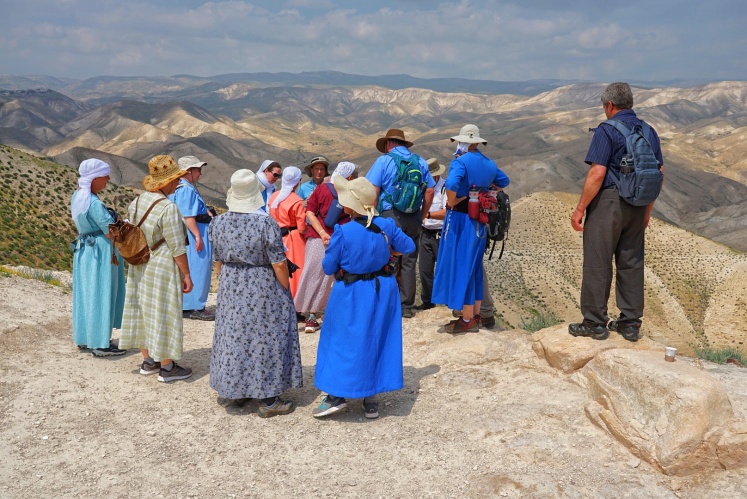 And then we went “up to Jerusalem.” We entered the Old City through Jaffa Gate. We ate lunch on a rooftop restaurant with a view of the Dome of the Rock, and the Mount of Olives. We walked the narrow, crowded streets, and visited the Western Wall. We had a Bible study at the Pool of Bethesda. 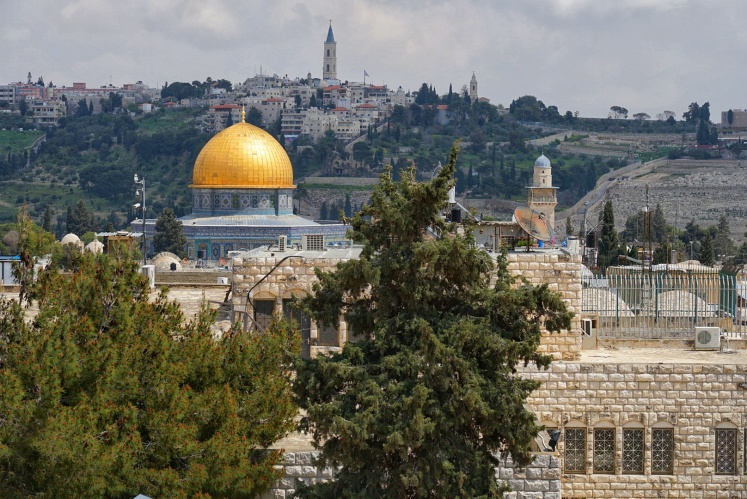 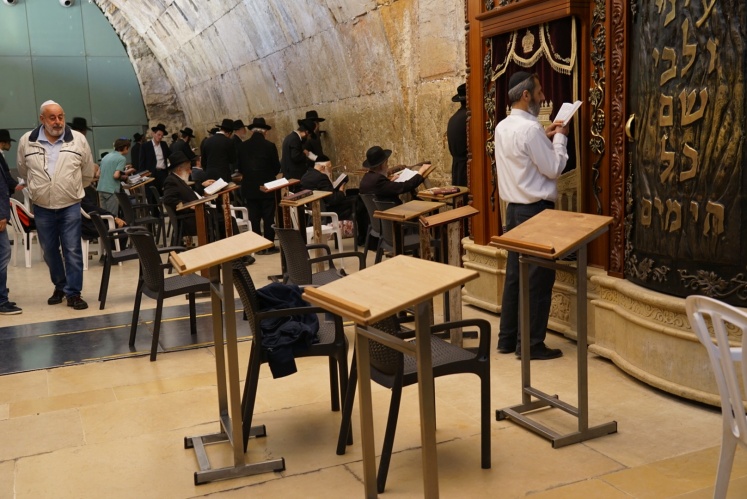 Ohri has been a tour guide for only two years. But his wealth of knowledge of Israel is phenomenal. He shares with us as we visit the various sites in Israel, and on the bus rides. He can discuss the topics of culture, history, geography, nature, and religion, and answer our questions. We are blessed to have him with us on the tour. His website is ohritours.com.