We’ve passed the Harp bridge every morning so far, and tonight it was lit with colorful flashing lights.

Menachem’s bus and our chariot of iron. 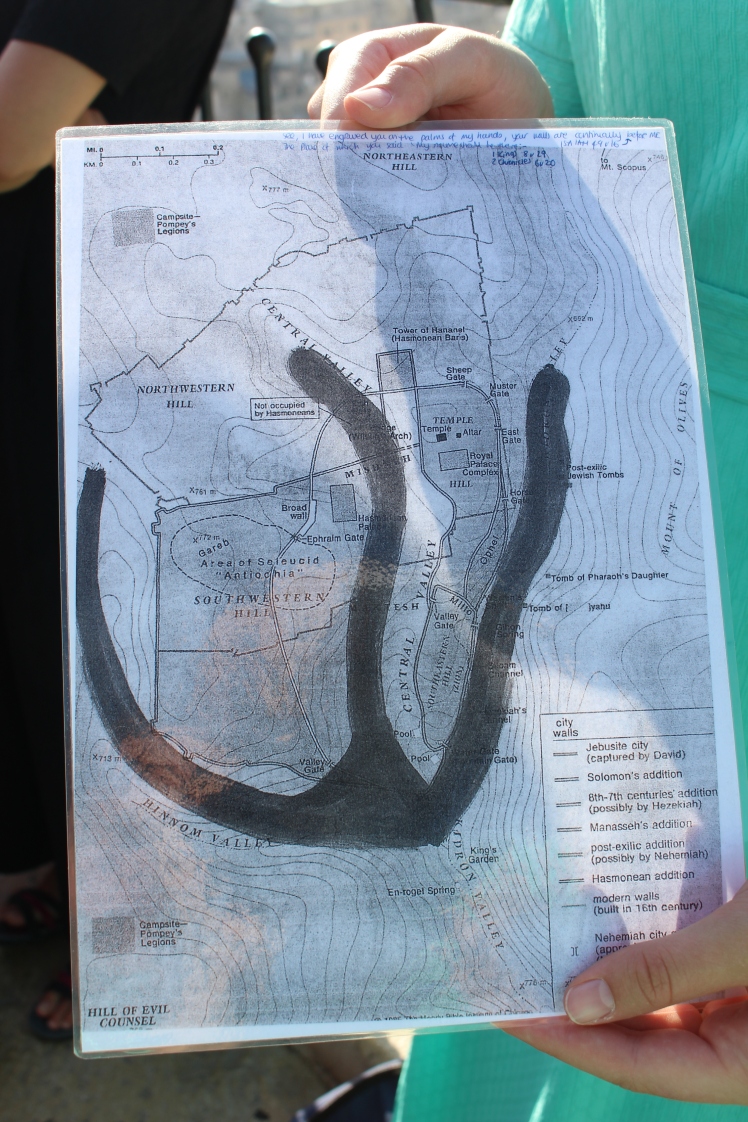 When God says that Jerusalem is engraven on His palm, he really means it. The three valleys surrounding and running through Jerusalem look like the palm of a hand. They also form the Hebrew sign for the first letter of El Shaddai, shin.

We began the morning at the City of David, where excavations are ongoing. The palace of King David has recently been unearthed in the old city. We were amazed at how small the city of David was compared to later on in the second temple period in the time of Jesus. David captured the Jebusite city of Salem by going in through the water shaft. Hundreds of years later King Hezekiah fortified the city to protect it from the Assyrian king, Sennacherib. One of his fortifications was to cut a tunnel underneath the city to channel the water away from the Gihon Spring into Jerusalem. Because of his precaution, the city of David did not fall to Sennacherib, but the Assyrian army was decimated in one night by the angel of God.

We sloshed through this tunnel today, singing all the songs about water that we could think of. Most of the time the water was only a little more than ankle deep, running clear and cold since the time of Hezekiah. All because of one man’s faithfulness thousands of years ago, we can still take courage today and face the hard work of life. No, we can’t do it all on our own, just like the tunnel wasn’t chiseled out by one man.

From Hezekiah’s tunnel we took another tunnel to a surprise. Our teachers were nearly bursting with the wonderful place where we’d end up as we came out of the tunnel. We were pretty amazed to discover that we were at the Western wall, on the Cardo that ran past the temple mount. Notice the shops along the street that would have sold temple necessaries. When the Romans knocked the stones down from the temple, the huge stones smashed to the road and cut large craters into it. The place of the blowing of the shofar is also lying at the bottom of the southwest corner of the Temple Mount.

The model city of Jerusalem gave us a better picture of what the city looked like during the time of Jesus. It is really hard to picture what it used to look like when we see the modern city all around us with the older layers underneath the streets that we walk on. Jesus often came to this temple, and even though it was built by an evil king, Herod the Great, and did not have the divine presence of God because there was no ark in it; Jesus still called it His Father’s house. He was worthy of entering the temple by the royal stoa, or the Priest’s entrance, but He chose to enter by way of the common people, the southern stairs. We walked up a small portion of these stairs to the southern wall today. Imagine a staircase 270 feet wide with thousands of pilgrims ascending during the Passover, singing the Psalms of Ascent; and you have a good idea why Jesus was lost for three days. 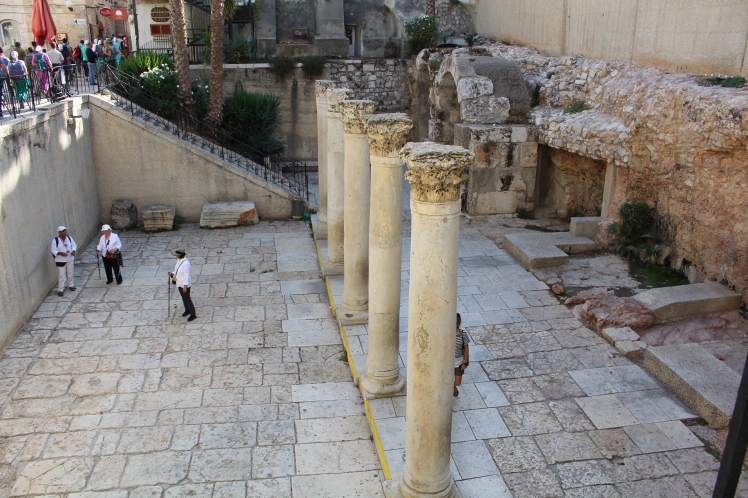 This is a portion of the Roman Cardo that Jesus must have walked on when He was in Jerusalem. Since Jerusalem is essentially a huge tel, all of its history is hidden under the modern city except what has been unearthed. 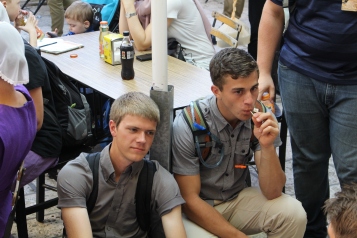 We had a concert tonight at St. Mary’s beside the Pool of Bethesda, which was our last concert in Israel. We are so humbled to have been invited by God to come to Israel, and count it a joy to have blessed God’s people. It has been an amazing journey, and we are praying that tomorrow will be the most impactful day of all. 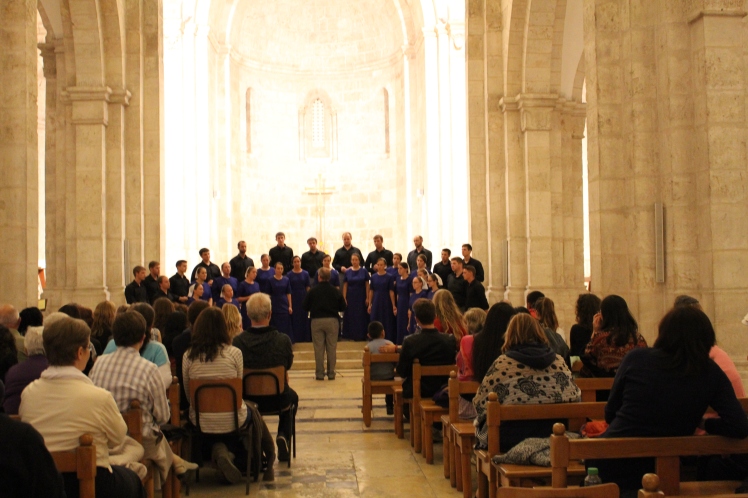