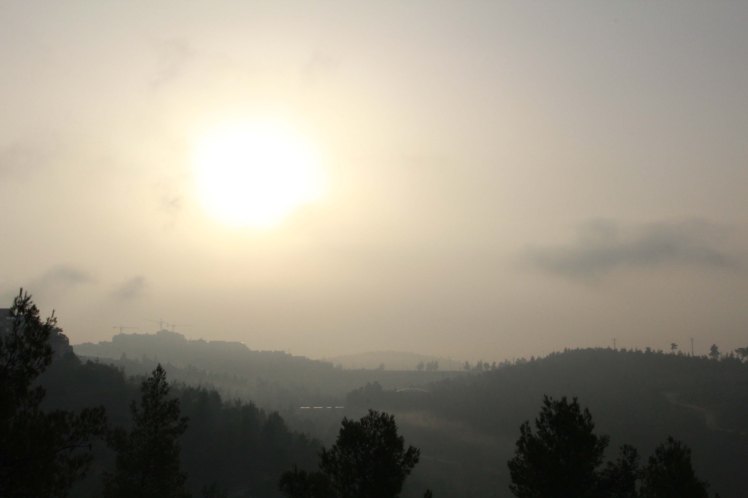 What lovely Jerusalem weather we experienced this morning! It was cool and breezy, but the day did become very warm. We spent a good portion of the day underground, exploring caves and hiding places and dragging ourselves through a crawling tunnel on hands and knees.

We began at Tel Bet Shemesh, which was within the boundaries of the tribe of Dan. It overlooks the valley of Sorek, where the ark came back to Israel on a cart pulled by two milk cows. It had been taken in battle with the Philistines, where Eli’s two sons were killed, and Eli died because of the shock. We saw how the ark was taken through the valley, following the easiest path. It rested in the house of Obed

Edom, and was finally brought to Jerusalem with great rejoicing by King David.

We heard about Samson’s lonely stay in a cave, persecuted by those who should have been helping him. Maybe he was too different, or had a personality that was hard to appreciate, because he was delivered up to the enemy by the very people he was called to deliver. Samson lived in this beautiful fertile valley of Sorek.

Jesus spent his last night on earth praying for deliverance from a cup that He was to drink. Was that cup the wine of the wrath of God that we read about in Jeremiah? He drank it, since it was His Father’s will. As our Savior prayed, he was near a Gethsemane, which is an olive press much like this one. He was being pressed by the weight of all our sins, just as the crushed olives are pressed by the weight of the stones.

As a contrast to Samson, David also fled to a cave; but his family came to strengthen him and 400 men came to join him. What is the difference between these two men? What can we do to give value to every person in our lives? 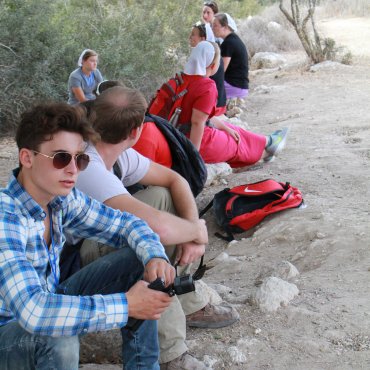 A Roman amphitheater is not a pleasant place to be, and Katherine shared some gruesome history. As a way to cleanse this place, we sang Hava Nagila while standing in an arena that saw much bloodshed. I’m glad those stones couldn’t talk. 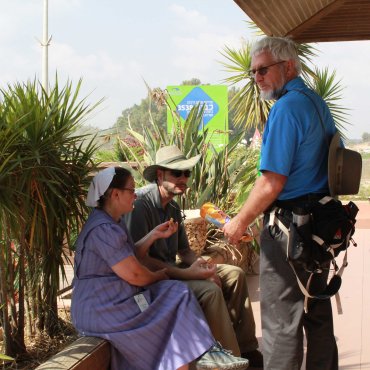 We ended the day by celebrating the gift of Shabbat with Katherine and her family at the hotel. 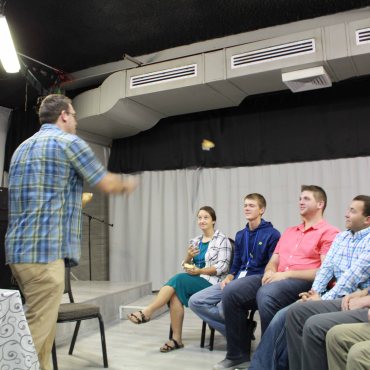 Follow Walk the Text on WordPress.com
Join 1,055 other followers